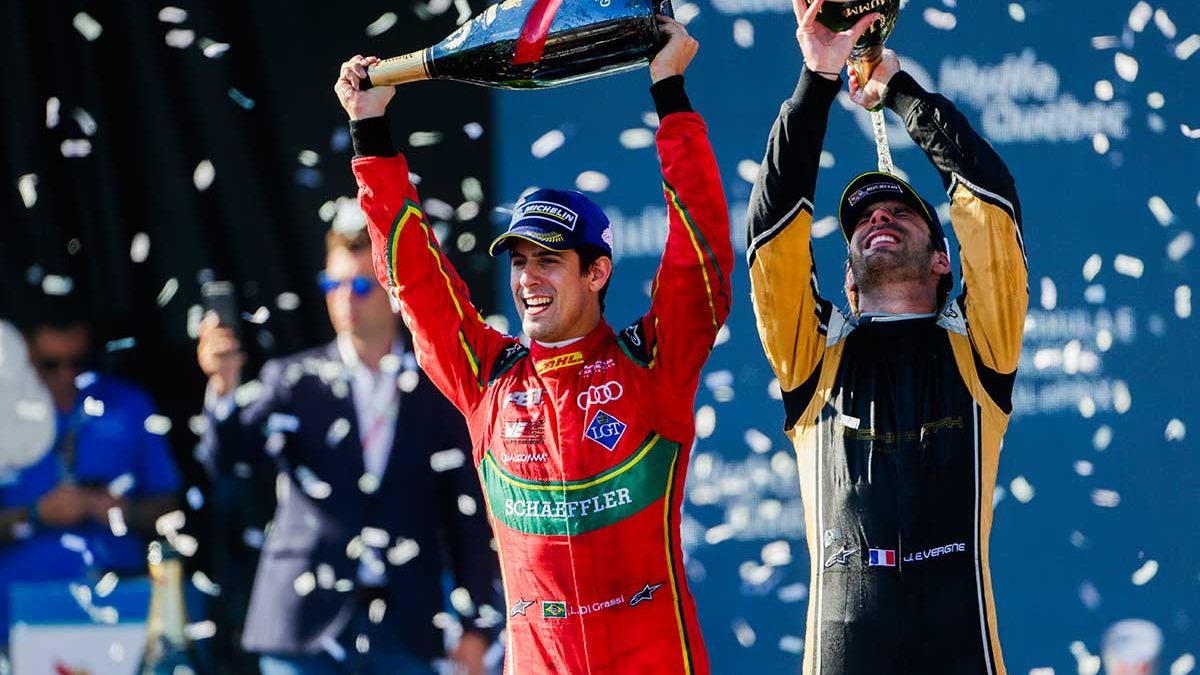 Lucas di Grassi is one of the most respected and feared drivers on the FIA Formula-E Championship. Currently competing for ABT Schaeffler Audi Sport, the San Paulo native strung together one of the most consistent series of results in a single season to win the 2016/17 championship title. Di Grassi was the pole position starter in three of the 12 races, and didn’t finish once outside the top seven, winning two of them, in Buenos Aires and Montreal.

The Defending Champion says Hong Kong is one of the most amazing locations of the Formula E Championship season. The track is really well-built and extremely challenging technically, and together with the long straights, it has everything a track must have. He has been in town many times as he had a cousin who lives here, and he enjoys visiting Hong Kong very much.

Did you know?
Lucas’ family has no background in motorsports but his uncle had a go-kart shop and he used to visit him every weekend driving go-karts when he was 7 or 8 years old. Soon after that he was racing locally. The rest is history.

We would all love to be Lucas di Grassi, and your chance might yet still come. But until then, check this out so you can get a feel of just what it is like racing on the Formula E circuit.